Sophie founded Le LABA and has been running it since 2013. She has 30 years of experience in the cultural and creative industries sector as Administrator (National Dramatic Centre of Béthune, National Office of Artistic Diffusion, Rocher de Palmer in Cenon) then as Director of Zone Franche, World Music network. Since 2004, she has been writing and managing European projects for numerous cultural actors and has helped to obtain 100 years of European funding from the ESF, ACP Culture, Europe Creative, FEDER, INTERREG and ERASMUS+. She is an associate lecturer in the Master’s Degree in Engineering of Cultural and Intercultural Projects at the University Bordeaux Montaigne. 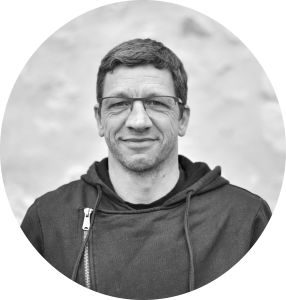 Eric has been the administrative and financial manager of LABA since 2017. He was previously Director of TransMusicales in Rennes, then for 10 years in the coordination of the Fabrique Pola in Bordeaux. Within LABA, he is a specialist in local development projects under ESF, ERDF, LEADER funding. He has accompanied more than 30 public and private structures to obtain and manage funds dedicated to investment, entrepreneurship, inclusion and pedagogy. He intervenes in LABA training courses, and particularly with the leaders of structures that carry cultural projects or in the field of SSE.

Maud joined LABA in 2020 with the mission of developing the professional community and enhancing the different activities and projects of LABA’s partners. Passionate about music and networks, Maud spent 5 years as General Delegate within FELIN – Fédération Nationale des Labels Indépendants, which created a European cooperation project dedicated to women music entrepreneurs (MEWEM) thanks to European funding. She started her career as an administrative and production manager for a label, Mirare Productions, and a classical music festival, La Folle Journée de Nantes.

Since 2016, Pierre has been in charge of training and support actions within LABA. He is a specialist in the different European programs (LEADER, INTERREG, ERASMUS+, Creative Europe…), in the creative and cultural sector and in entrepreneurship. He is involved in initial and continuing training (ARTES, ARDEC, la Belle Ouvrage) with public and private actors. He has accompanied more than 150 structures in 10 years. Former director of Mezzanine Spectacles and former co-director of the European cultural network Banlieues d’Europe, he is also an associate lecturer at the Grenoble Institute of Political Studies.

Pierre is based in Lyon and he leads the branch of the LABA in Auvergne-Rhônes-Alpes.

Since 2017, Margaux has been managing and supporting European cooperation projects (ERASMUS+, Creative Europe) within LABA. She has thus managed more than 30 projects in the fields of performing arts, audiovisual, tourism, culinary arts, heritage, architecture, and has accompanied more than 50 partners in the different countries of the European Union. A graduate of the Professional Master’s Degree in Engineering of Cultural and Intercultural Projects from the University of Bordeaux Montaigne, she has previously worked on cross-border cooperation projects within the Basque Country’s Community of Agglomeration (Interreg Atlantic Area Programme and POCTEFA). 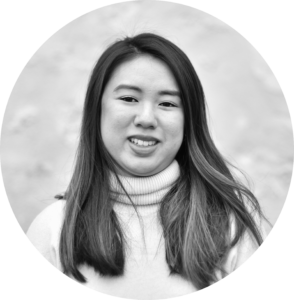 Pauline joined the LABA team in 2020 and participates in the management of cooperation projects conducted by LABA and its partners. In particular, she accompanies projects supported by the Creative Europe programme. Pauline studied in the cultural field, Professional Master in Engineering of Cultural and Intercultural Projects (Bordeaux Montaigne) and legal studies, Master in Intellectual Property Law (University of Bordeaux) and Bachelor in General Private Law (University of Montpellier). His background has led him to have a good knowledge of the institutional and associative cultural sector (contemporary music, plastic arts, ecology).

Jessica joined LABA in 2020 with the mission of coordinating European projects within LABA. She is French-American, and more precisely a native of Bègles (where our offices are located), with a Master’s degree in Intercultural Projects Engineering from the University of La Sorbonne Nouvelle in Paris. After graduating, Jessica worked abroad for 4 years (Puerto Rico, South America, Hungary) where she specialised in audiovisual projects, in particular coordinating film festivals. She also has experience coordinating Erasmus+ international mobility projects and strategic partnerships. 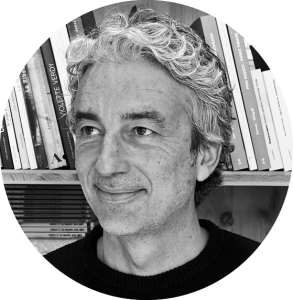 With a solid experience in the field of local development and mediation Hervé is a specialist in the management of development projects at various territorial scales (from neighbourhood to European cooperation). He joined the Place agency in 2018.

Hervé teaches at the University of Bordeaux Montaigne (Master in Engineering of Cultural and Intercultural Projects) and at Science Po Bordeaux (MPCDT) on digital strategies and collaborative tools for territorial projects.

Maïté Cosnard holds a PhD in Economics and is the founder of Eleo Conseil. She is mainly involved in the setting up and management of European projects (ERDF, ESF, INTERREG, PCRD…), the carrying out of territorial and sectoral studies and evaluations and the support of territorial projects. Its main areas of intervention are economic development, employment, integration, sustainable development and the social and solidarity economy.

Co-responsible for the IPCI Professional Master’s Degree (Engineering of Cultural and Intercultural Projects) at the University Bordeaux Montaigne, he is also a lecturer in the Master II Law and Administration of Cultural Institutions (UB) and the CoMédiA Professional Degree – Project Design & Artistic and Cultural Mediation. Associated with the Passages laboratory, he works on regional parks. As a professional in the field, his career has taken him both in the associative field and within public authorities. In particular, he was director of the Institut Départemental de Développement Artistique et Culturel (iddac33), the cultural agency of the Gironde Departmental Council, from 2000 to 2016.

Passionate about the development of sustainable artistic and cultural exchanges, Haiying Song heads Yari Productions, a non-profit service organization that develops international exchanges and collaborations, mainly with China. Since 2006, she has organized 40 tours for Canadian and French artists. In 2014 and 2018, she participated as a cultural delegate in missions to China with the Premier of Quebec, Philippe Couillard. Since 2016, she has been in charge of the LaborieJazz label for the entire Chinese market (distribution, diffusion and promotion). Haiying Song is involved in multiple international projects as a producer, consultant and speaker. She leads missions for LABA in the framework of the support to the Internationalisation of the Musical Industries of New-Aquitaine.

Engineer, author and PhD in information-communication, he works in the field of cultural cooperation and in the digital field, both on projects and on professions and governance models. After having founded and directed Zinc, arts and digital cultures at the Friche la Belle de Mai for 15 years, he has been working with the office since 2012, for a cultural engineering at the service of transformations and emancipation. His work has led him to cooperate regularly with the Observatoire des Politiques Culturelles, with the actors of mediation and digital inclusion, and with public and private structures, from the Greater Nancy Metropolis to the provinces of New Caledonia. He teaches in various courses at Aix Marseille University. He works for LABA in the framework of ACTD support.

Franck-Olivier has a strong expertise in supporting projects in the field of cultural and artistic activities. His expertise is twofold: individual support, coaching and training of cultural or artistic project leaders, in an entrepreneurial logic; consultancy missions for professionals and local authorities in the field of Culture (setting up SMACs, evaluation and reinforcement of cultural systems and facilities, etc.). As a specialist in the performing arts sector as a whole (creation, production, distribution) and an expert in the music sector, Franck-Olivier also acts as a consultant and trainer for institutions and private actors. He works for LABA as part of the ACTD support programme.

Sonia Moumen was born in 1969 in Haute-Savoie. After studying literature and languages, she chose to work in the world of entertainment where she works more specifically in the coordination of artistic projects (theatres, festivals). She published her first novel “Mon père est un petit bicot” published by Gallimard in 2005. She has been living and working in Bordeaux since 2004. She writes and directs “Champs Libres”, a magazine of cultural interest for television shot in New-Aquitaine, and dedicated to artistic and cultural innovation in rural areas. She directs analyses and writes research papers in partnership with LABA.

Since childhood, Yassir has lived between France and Morocco: this is what forged his passion for the landscape and built his will to understand what he had to do with well-being and good living. Having received an education as a hunter-gatherer, he came to define Repaysement as the appeasement of the landscape summoned by the plate. Since November 2017, as part of Territoires Alimentaires, he has been offering territories the opportunity to host or develop intercultural food centres to democratise food culture, the management of territories and to share the “Repaysement”.